Orakei Korako – “The Place of Adorning” 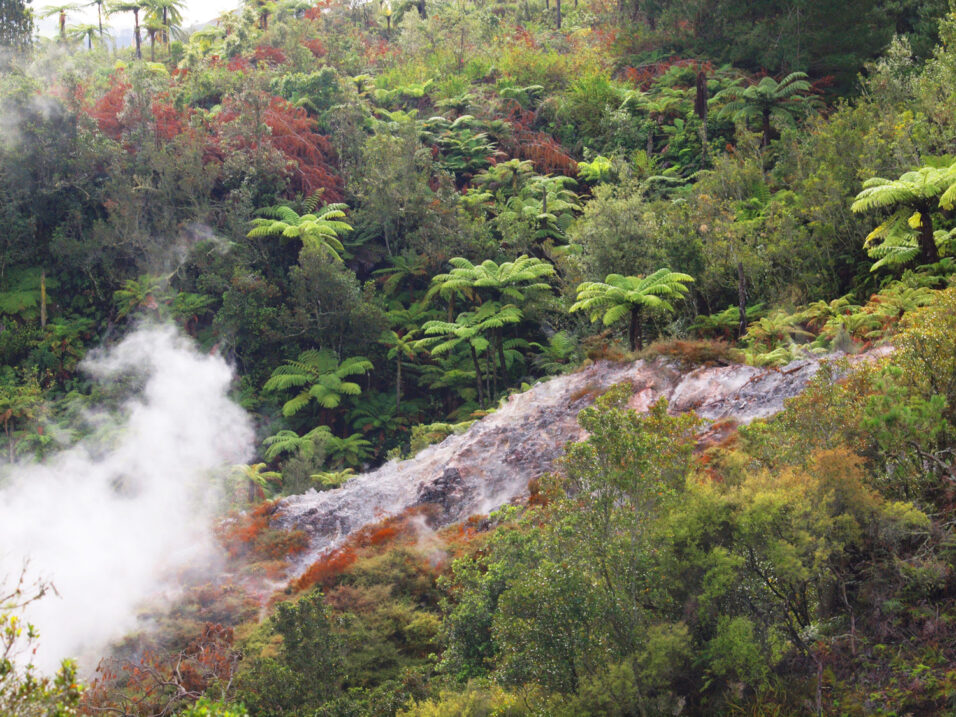 This colorful thermal area is located  in Waikato area north of Taupo . A volcanic thermal zone featuring a unique cave. One of only two caves in the world located in a thermal area. Orakei Korako has sinter terraces  that are alike in composition to those terraces found in the Mammoth area of Yellowstone National Park, USA.

In early times,  the native occupants of the area were of Tuwharetoa, part of the Maori Ngati Tahu tribe.Attracted by the hot springs for cooking and bathing.  Historians believe the tribe moved away after a violent eruption of Mount Tarawera in 1866. In the early 1900’s families moved back to the area.

Today one can  board a boat to cross the Waikato river where a small jetty allows access to start walking  featured trails of Orakei Korako.  Surrounds of alkaline hot springs , hot mud pools and gas bubbling vents, including the named terrace,  “Artist’s Palette”. The circular trail leads to the unique “Ruatapu”,  only one of two caves in the world to exist in a thermal landscape . You are able to walk down a steep access into the cave  to the base where the water cavern begins.

This tourist destination is located off the main tourism routes, but is becoming popular to visitors wanting a longer stay to see more remote unusual volcanic areas of New Zealand.

My images are close up views of Orakei Korako hot springs with Cyanobacteria of Algae colourful growth . The natural outlook of small hot mud pools and small geysers with hot thermal vents. Native ferns and moss growing with given warmth on elevated embankments, and the entrance to the Ruatapu Cave.

My Gallery Orakei Korako – The Place of Adorning.